[Lotus voice]: This is Syn; the ceaseless guardian; the unwavering. She raises her shield in defense of allies, breaking all that rise against them.

Syn’s signature weapons that would accompany her release can be found here.

Syn is the honor guard; the last, and fiercest defender, she holds the line at all costs. She embodies the steadfast knight defending a fortress, or position from endless hordes, unwavering against their onslaught.

Melee Impact status procs against targets already affected by Impact knock down the target instead.

Plants the shield from Syn’s back in the ground, creating a narrow barrier that blocks enemy movement and fire. Has limited hit points.

If shield is struck by Get Back! increases the range of Get Back! significantly.

For 12s Syn gains 5% status chance and 0.75% melee block resist for each enemy within 7 yards. Nearby enemies target Syn. Syn is immune to knockdown and stagger.

For 9s Syn’s planted shield expands to 3x its width with energy. The wall deals fire damage per second to enemies within 3 yards.

Syn is a tanky CC frame that excels at holding, and creating choke points. While great at defensive objectives, she’s better used defending at a distance in a critical hall or doorway. Played well she also provides group utility by funneling enemies into dense packs so they are extremely vulnerable to AOEs.

Syn is a durable crowd control frame. She excels at holding chokepoints, and stopping large numbers of weaker enemies dead in their tracks. Her damage dealing abilities are mostly limited to wearing down her foes. But her passive enables builds focused on finishers, and the right augments can turn her into a combo-oriented burst damage frame against individual targets.

Syn diverges from other defensive frames by focusing on area denial, and controlling the flow of enemies rather than simply shielding allies. Unlike Frost, and Gara she often foregoes the shelter of her own defenses. Instead she’s at her peak, among the enemy, buying precious time at the one gap in your team’s defenses.

Played solo she is likely a middle of the road frame, boasting strong and scaling survivability, but has inefficient and situational AOE. At very high enemy levels she may get overwhelmed as she cannot kill enemies fast enough without relying on competitive weapons.

The Syn player loves both a supporting role, and the core combat loop of Warframe. She doesn’t want to abandon that by becoming a caster to fulfill the support role. The core of her power is armed combat.

She isn’t into min/maxing, but likes trying her best with what she’s got, and feeling like she’s contributing to the team. More than straight killing, utility casting, more than even winning, she feels most rewarded for buying time for her team. She exalts in the idea of the heroic sacrifice.

She is a martyr.

Syn is first, and foremost a fighter. She is not a frame built to spam big, impactful abilities. Her low energy cap, and high 3 and 4 ability cost severely limit this. But they are also powerful at the right time, and very situational. By contrast her 1 and 2 are very cheap, and built to frequently augment her fighting.

Syn is for the player that loves creating fortifications, but would rather fight atop the wall than behind it.

Visually she will stand out as the first female frame with a much bulkier physique; a counterpoint to Rhino.

Syn’s aesthetics tap into imagery of knighthood which is largely unexplored (with some exceptions like Chroma’s Drac helmet) in a game with so much medieval weaponry.

Syn is great at keeping threats at bay from fragile frames.

While Syn is a master of attrition, she is also vulnerable to its effects. With time her one-frame-fortress will wear, and eventually crumble beneath the crashing tide of enemies.

Though she can endure and stem this onslaught, she falls behind most other frames in actually dispatching it. Her damage output is limited, especially against multiple foes.

Because of her devotion to defend at any cost, Syn lacks escape tools. Even a fighting retreat may leave her fortifications to be easily bypassed by the enemy.

Because of these shortcomings, Syn works best with a support frame, and casters that excelt at AOE damage or CC.

For soloing, Syn can round her kit out some with a strong AOE weapon, and syndicate procs for health or energy.

Like a resilient stone face that has withstood blasting, and debris. Haphazardly jagged from missing chunks, but with individual faces worn smooth as though sandblasted or sheared from a tempered material.

Reference: shape, and texture (but not surface + light properties) of obsidian. 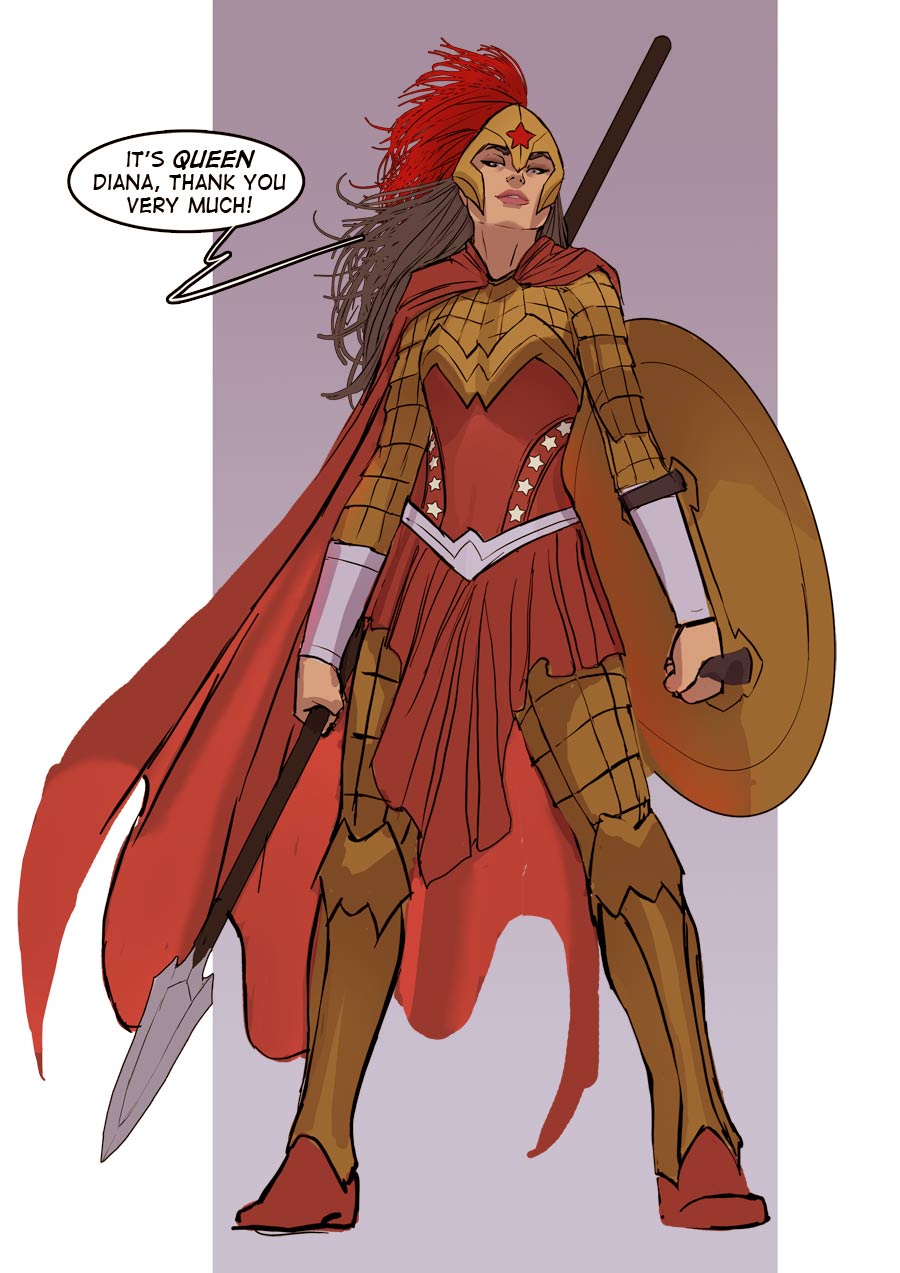 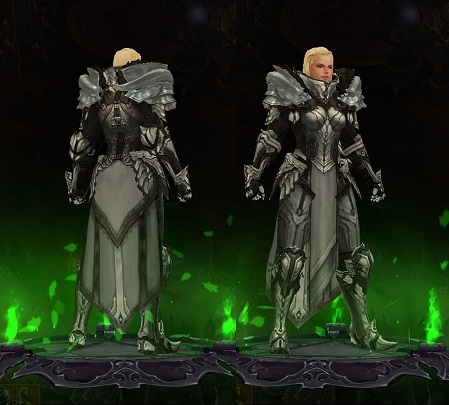 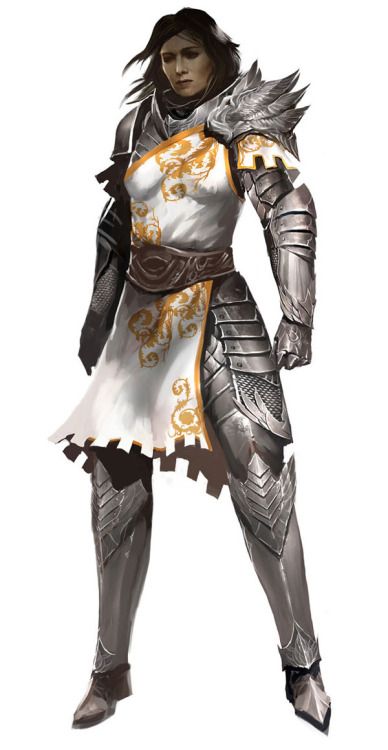 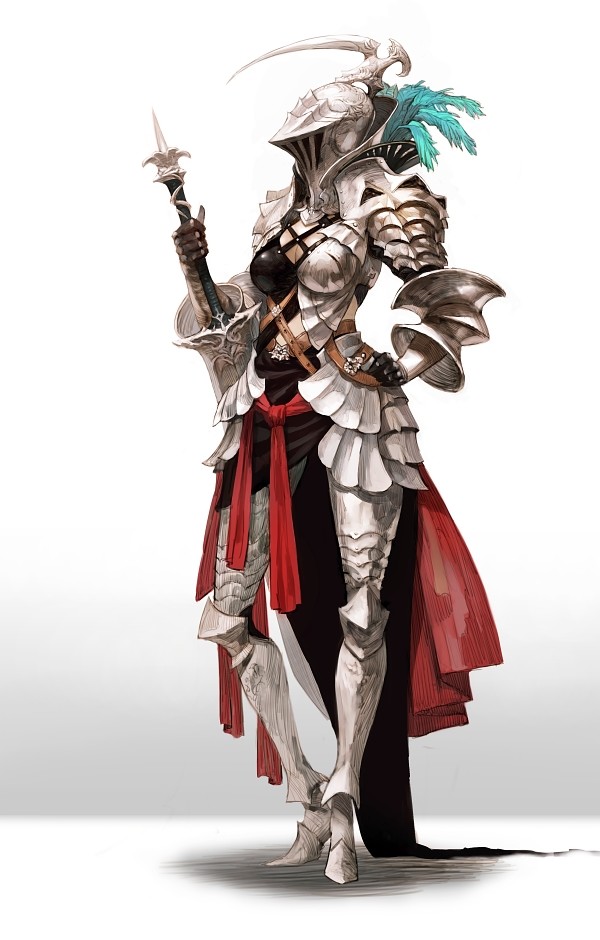 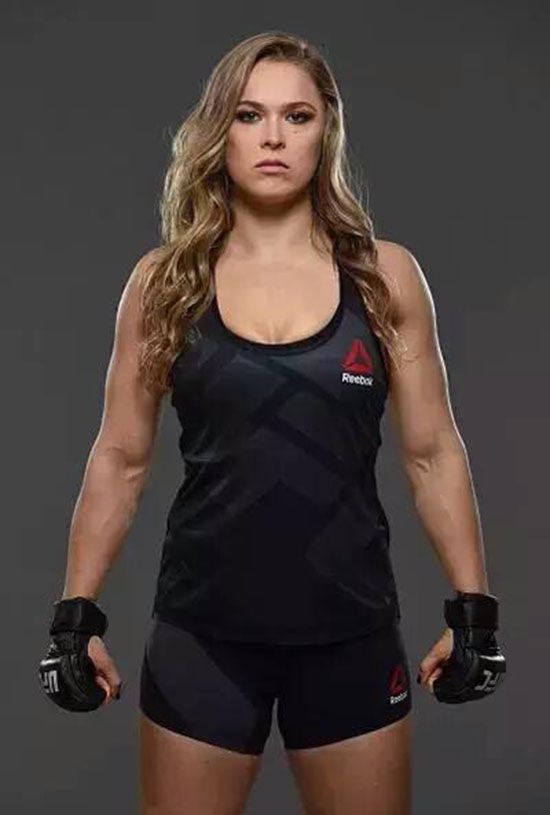 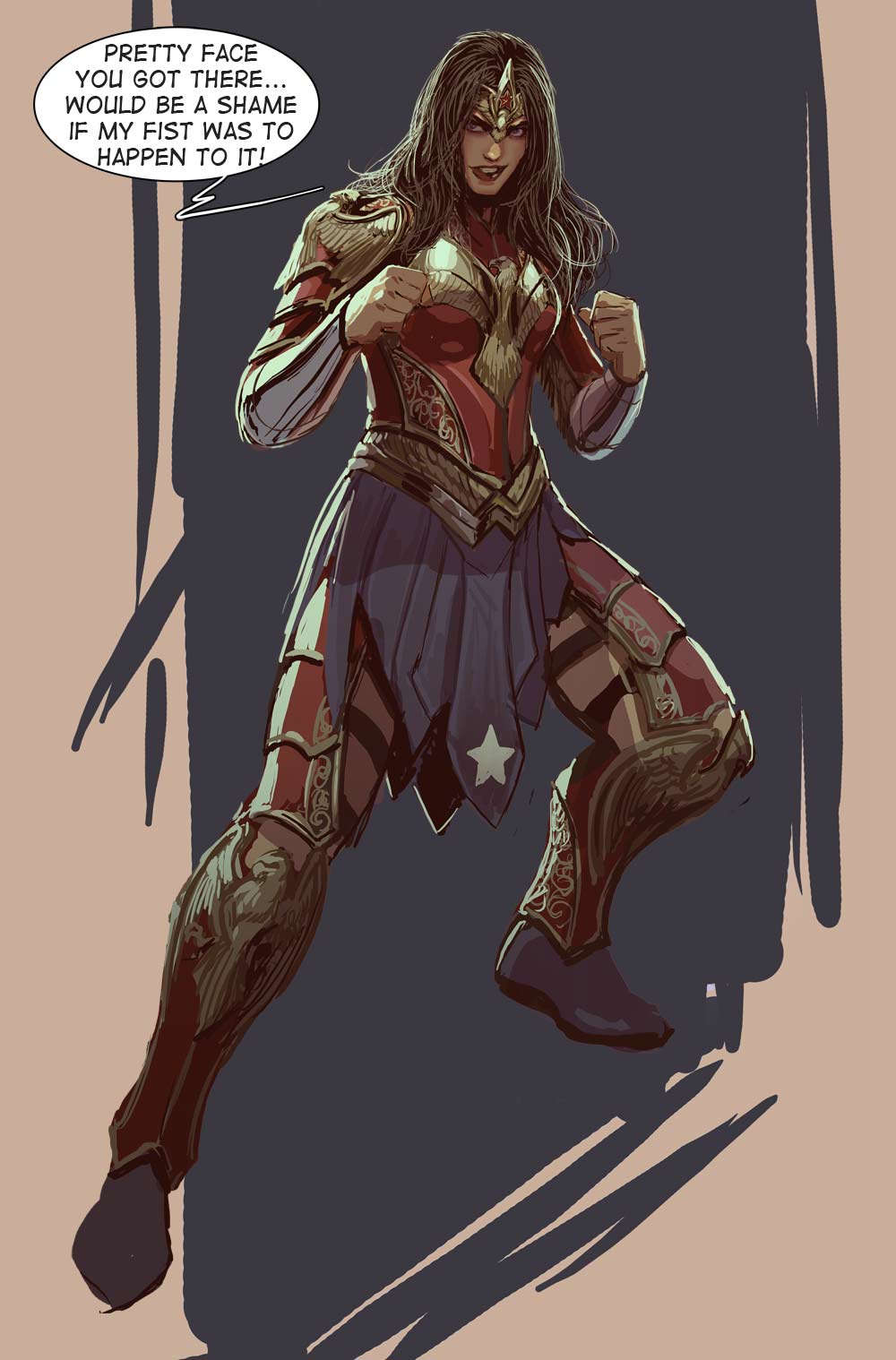 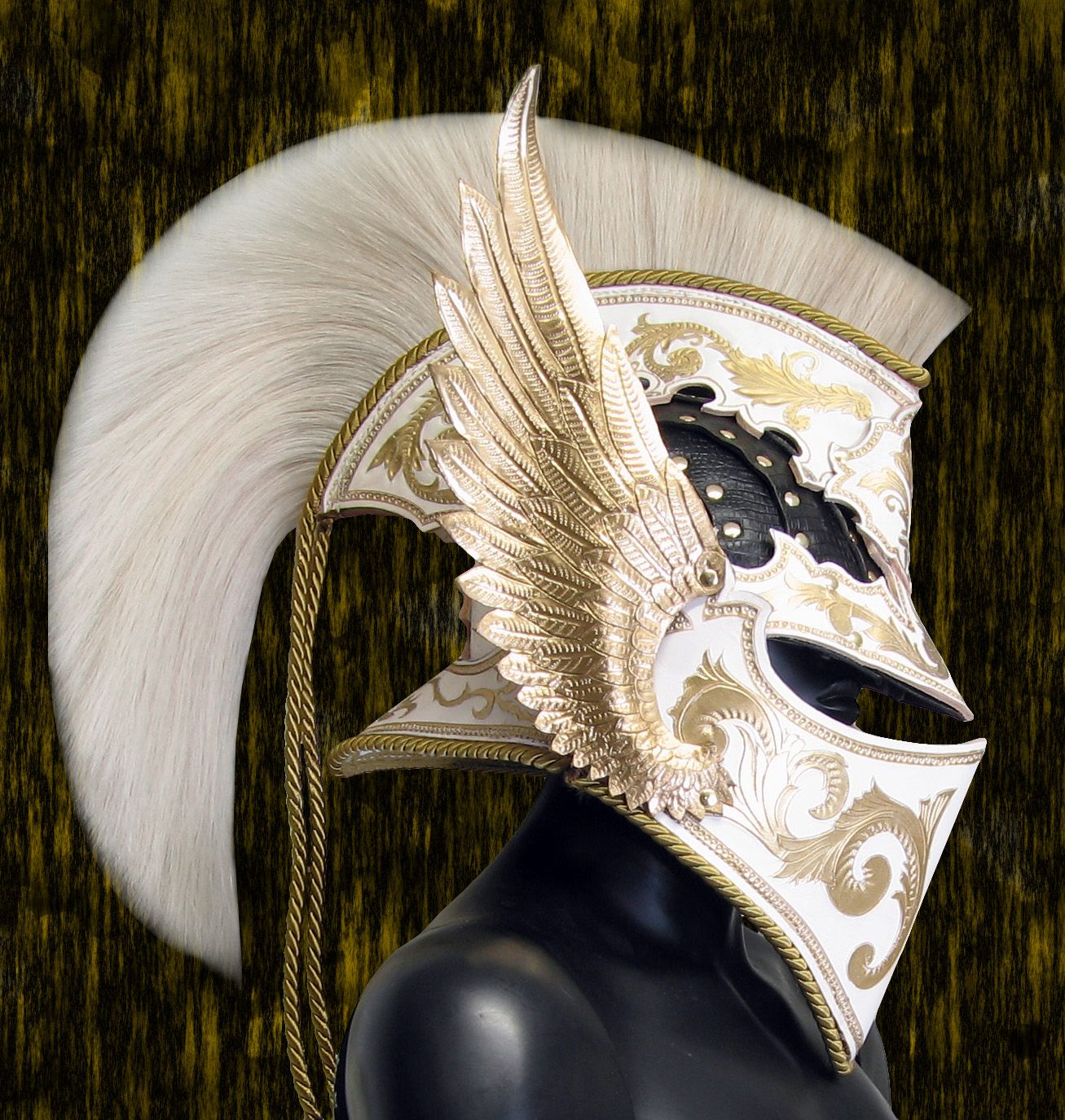 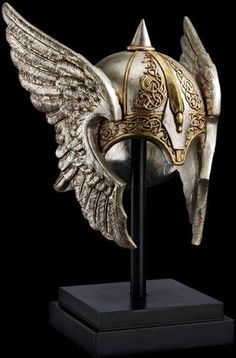 Use: intended role in Syn’s kit
Tuning: target outcomes for numbers tuning
Aesthetics: notes on visuals
Theming: how it ties to Syn’s central theme as a knightly defender

cheap, but not spammable, usable semi-regularly to establish combat rhythm

Syn kicks in a small arc in front of her, sharp, heavy movements (linger near keyframes) to imply weight of armored knight. Slight gradual increase to glow points to ~30% on wind up, spike to 100% on strike, quick drop to ~80% (to accentuate flash of 100% spike), then fade to 0.

Alternative: animate as shoulder rush, but seems less intuitive to ability’s range unless a good visual effect can be paired to communicate it.

Reliable enough to set blocking a door, and turn attention elsewhere for at least 20s.

Size makes it usable personal cover, but tiny compared to Volt, Gara, and Frost options. It should not be a reliable way to block fire onto an objective.

Syn rips the shield from her back, stall with it raised over her head before plunged into the ground. As it strikes, a burst of light from the ground as though the shield pierced a reactor. The flare of energy takes solid form at the edges and top of the shield, to create the full sized protective barrier of the ability. The width can be larger with ability range mods.

The legionairre planting the edge of their shield in the ground and bracing against it. Functionality hearkens to erecting fortifications, barricading hallways, etc.

Endure large groups. Gives durability and CC (via passive), and protects team via taunt effect. Enhances potency of chokepoints by stalling enemies in them with Syn.

Should be potent at halting advance of enemies through a choke point, and make-viable builds/strategies based around blocking attacks. Paired with a good status chance impact weapon (and Syn’s passive) it should be a reliable way to knock down many enemies quickly in a chokepoint.

Particle effects floating up off Syn’s back like burning debris being blown loose from a blast in front of her.

The lone defender against the horde not only enduring their attacks, but throwing them aside.

Intended to be an inefficient ability that is a very weak AOE given its cost. Primary benefit comes from smart placement, and timing to block/funnel enemies. The damage component should be decent, but mainly against non-elites.

Syn is not a caster. Her main damage, and utility is not intended to come from big cast abilities.

The barrier of Syn’s planted shield crashes outwards to either side, throwing up a particle effect in the respective directions like gravel or sparks. Evenly spaced points atop the larger barrier pour fire over the side, forming a molten moat in front of the wall.

Erecting a fortress wall pouring down hot or burning oil on besieging attackers.

If cast within 1 second of parrying an attack, deals 500% damage.

For every kill while Break the Tide is active, you count as out of combat for 2 seconds, stacking up to 8 seconds. (Damage taken during this time does not interrupt shield regeneration.)

Thanks for reading. In the next couple days I’ll also be posting a major proposal to significantly improve Warframe’s new player experience.